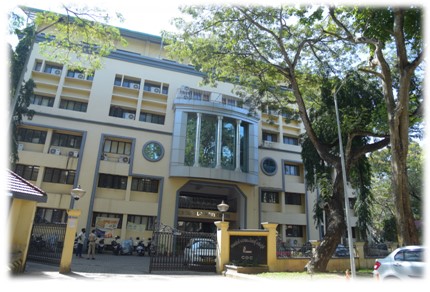 Child Development Centre (CDC), Medical College, Thiruvananthapuram was started on 1st of August 1987, as a project and later elevated to an autonomous centre by the Government of Kerala. During the year 1995 CDC was registered as a society (under Travancore-Cochin-Literary, Scientific and Charitable Societies Registration Act-XII of 1955, Reg. No.363/95) by the Government of Kerala with the intention of bringing up the centre as an autonomous centre of excellence in Early Child Care & Education, Adolescent Care & Education, Pre-marital Counselling, Women’s Welfare and other related fields. The control, administration and management of the affairs of the centre is vested with the Governing Body under the Chairmanship of the Chief Minister of Kerala and Vice-Chairmanship under the Minister of Health and Family Welfare, Government of Kerala. To execute the decisions of the Governing Body, an Executive Committee is also functioning under the Chairmanship of the Secretary to Government, Health and Family Welfare Department, with Director, Child Development Centre as Member Secretary.